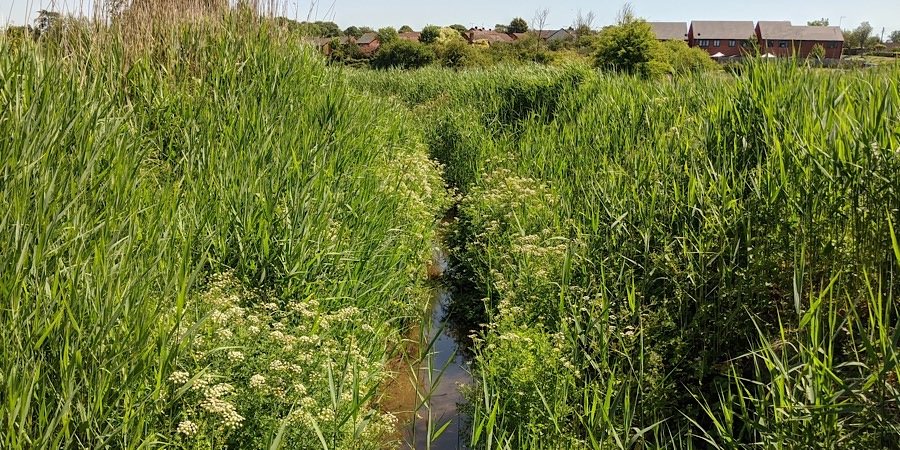 BaSRAG – Berkeley and Sharpness Residents Action Group – have produced a handy summary of issues and objections regarding the development.

Even better, they have now produced a short document which can easily be used as part of your response to the local plan.  This document is called ‘BaSRAG executive summary response’ and is on BaSRAG’s how to respond guide at:  BaSRAG’s What Can I Do? page with response instructions

For quick and easy browsing, we have pasted the ‘BaSRAG executive summary response’ further below on this page.

BaSRAG have this advice for those who might want to make their own comments in addition to or instead of using BaSRAG’s prepared response document.

Here is a summary of some of the most common objections to the plans for Berkeley and Sharpness, particularly the Garden Village at PS36.  We hope this will help you to put together your thoughts on what to write in your submission.

We suggest that you concentrate on the issues that concern you most, rather than trying to cover everything.  We as BaSRAG will be submitting a comprehensive response.

It is important that you say in your submission re PS36 that you believe the Local Plan is not sound because it is not Justified.

Berkeley Byways adds:  We encourage you to also consider adding comments in your response regarding the other proposed developments for the  Berkeley/Sharpness area:

Here are all the local sites:

PS35 Land at Focus School, Wandswell – school to be demolished and replaced with houses

These can all be seen on the latest local plan at:  Berkeley Cluster in Local Plan 2021

I believe the Local Plan is not sound because it is not Justified.

Infrastructure
– High cost of infrastructure delivery (re roads, education provision, flood risk mitigation, rail) likely to make it unviable
– No indication that the required infrastructure will be delivered early in the site development, even though this is an essential element of Garden City principles
– Evidence from consultees who would need to deliver the infrastructure such as Stagecoach, Network Rail, Gloucestershire County Council and Wessex Water cast doubt on the viability
– Rail link which forms a major part of the proposals for PS36 is highly unlikely to come into existence during the Plan period, if at all. Only goes north, no direct link to Bristol.
– Roads – would need considerable improvements to overcome current capacity issues. J14 of M5 – where majority of outbound commuting would go – already at capacity
– Late evidence – seems written to justify the plan – difficult for public to understand

Transport
– Area relatively remote, expected to lead to increased car use for commuting
– Almost non-existent public transport. No evidence that the plans for public transport are deliverable
– Unsupported claims that there will be fast coach connections
– Plan entirely reliant on rail link which would be northbound only, away from the main direction of current commuting; the council has provided no substantive evidence that the line and new station is viable and their first bid to government for business case funding failed; would require major investment at Cam & Dursley
– Would require major mitigation measures on highways, particularly at connections with A38
– Junction 14 at M5 already at capacity. Would add further pressure to Almondsbury interchange for commuters to Bristol
– The relevant parts of the highways network already under pressure and that is before other developments to the south of the district are completed
– Even if the claims for commuting via public transport were realised, how are residents to travel in the evenings and weekends for shopping and leisure

Employment
– Wrong location for employers, given its relative isolation, too far from Bristol or Gloucester and the M5, constrained by River Severn to the west
– PS36 does not adhere to Garden Village principles, by the lack of employment opportunities in its immediate vicinity
– There are better existing and planned sites for a knowledge based business park, which is the aspiration for the land set aside for business use
– The more likely use for that land is warehousing, which only provides a relatively low number of jobs, and at low wages
– The developers have no established record of delivering commercial developments
– Site at the furthest point from the anticipated employment growth point between Cheltenham and Gloucester

The Environment
– The development will cover over 1,000 acres of greenfields. This is inconsistent with the climate emergency agenda. There is a general lack of evidence regarding the resulting impact on the environment
– Site is in close proximity to the Severn Estuary which is a Site of Special Scientific Interest (SSSI), a Special Area of Conservation (SAC), a Special Protection Area (SPA) and a Ramsar site – all of which should provide the area with protection against negative impacts. Insubstantial evidence provided as to how the impact will be avoided / mitigated
– The SSSI extends down the mud flats of the Severn as far as Thornbury, and this area should be included in the due consideration of the Plan’s soundness
– Site is c. 1 mile from the internationally important Slimbridge Wetland Centre
– Proposed wind energy development could have impact on the birds and wildlife
– Limited evidence provided on the impact of increase in recreational use
– Likely decline in air quality through increased car use, in the absence of a realistic public transport option. The council rated this site as having no impact on air quality
– Wessex Water have concerns, saying they have no plans to improve sewerage treatment works that would be required
– Detraction from Berkeley as an historic centre. Coalescence with Sharpness and surrounding villages.

Process
– The normal run of events is to collect evidence, from which a strategy emerges leading to selection of location. It appears the process has been reversed to make land that is available fit the Plan
– Consistent lack of reports delivered at a time or in a manner that would enable residents to digest and reach reasonable conclusions
– Lack of consistency or objectivity in the sustainability appraisals of the various sites, some changing over time
– Some appraisals based on the aspirations of the developers compared with existing facilities on other sites
– Appraisals of existing communities changed over time despite no change in circumstances
– Is the scale of the development deliverable in the Plan period, i.e. the number of houses to be built per annum achievable?
– The relatively remote location will add to logistical difficulties in building the site within the required period, while adding to the congested highways network
– Description in earlier stages of the Plan relied entirely on developers promotional material rather than objective assessment
– Lack of proper engagement with the public: only short periods of consultation, maps and diagrams opaque and confusing, public exhibitions were poorly advertised, lack of engagement with recognised public interest group, little attempt to make the process of submitting responses user-friendly, disenfranchising older or technophobic residents
– Results of consultations only produced many months after the end of that phase, consisting mainly of statistics and bland responses to main concerns